Shop Here, Not There: Science Says Reducing Inequality Is Almost That Simple

In the paper “Crowdsourcing the Robin Hood Effect in Cities,” researchers describe a computer algorithm they created that attempts to “rewire” the complex network of commercial transactions and shopping trips people take part in every day.

Shop Here, Not There: Science Says Reducing Inequality Is Almost That Simple

New research shows that shuttling even 5 percent of consumer transactions to poorer neighborhoods can reduce income inequality by up to 80 percent.

Why you can trust us
By Chris Winters
4 MIN READ

Imagine heading out to run errands at all your usual places, and your phone’s “equity app” has a better idea. Siri might say: “Buy your groceries at one of these other stores, just as close as your regular store.” Or: “There are three coffee shops within 2 miles. You haven’t tried this one before.”

We already get shopping suggestions when we bring up Google Maps, especially when our smartphones are transmitting our GPS coordinates. A similar type of computation is happening behind the scenes at Facebook and Twitter, whose targeted ads can sometimes be scarily on point.

But what if, instead of just boosting sales, those suggestions coming from your phone were designed to address social problems like inequality?

A group of researchers in France and Spain may have solved one preliminary puzzle toward getting us to that point. In the paper “Crowdsourcing the Robin Hood Effect in Cities,” published in June in the journal Applied Network Science, the researchers describe a computer algorithm they created that attempts to “rewire” the complex network of commercial transactions and shopping trips people take part in every day. The goal is to redirect more money to poorer neighborhoods so that the wealth differences between rich and poor parts of a city are evened out.

The study used data from 150,000 people and 95,000 businesses in Barcelona and Madrid, and on the surface the pattern of transactions and the money spent revealed that some neighborhoods were up to five times wealthier than others. But researchers were shocked to find that if as few as 5 percent of commercial transactions were changed—so that capital flowed from richer to poorer neighborhoods—income inequality in those cities was drastically reduced, up to 80 percent.

“We were not expecting that,” said one of the study’s authors, Maxime Lenormand of the National Research Institute of Science and Technology for Environment and Agriculture in Montpelier, France. “Actually, I checked the algorithm because I was not sure in the beginning that everything was OK in the code.”

Their research began as an attempt to use a model in transportation planning that finds the most efficient way people can get to work and extend it into the area of reducing inequality, Louail said.

It also has potential applications in combating the “neighborhood effect,” a self-reinforcing trend that describes how the relative wealth of a person’s neighborhood affects their own wealth, which in turn accelerates the neighborhood’s own tendencies toward wealth or poverty. Rewiring shopping trips to cross those neighborhood boundaries can decrease the ghettoization that urban neighborhoods experience.

But so far, it’s just an algorithm. “One of the first questions you can ask is what extent is this scenario implementable,” Louail said. “What it’s going to take to perform in real life, and how you will motivate people to change their travel destination for shopping.”

The rise of so-called “big data” raises interesting questions about how social scientists and anti-poverty activists approach their work, said Sarah Elwood, a professor in the University of Washington’s Department of Geography who studies the intersection of geographic information systems and technology with social justice and inequality. “We’re seeing more of these sorts of practices that sort of try to get at the behaviors of individual people and try to get them to do something different.”

Guiding and changing individual behavior to instigate social change is possible, both at the grassroots level and as “nudge policies” enacted by governments, she said, yet such small actions don’t address the structural causes of poverty. “It’s important to differentiate between questions of inequality and questions of impoverishment. You can change the degree of inequality in a society without having acted to change the big processes of impoverishment.”

“You can articulate or supplement governance with more bottom-up initiatives.”

Louail and Lenormand agree. If reversing inequality were the goal, then even an algorithm embedded in a smartphone app would require other measures, such as policy decisions or local government incentives to encourage participation. “But [the solution] is not an app, of course, and maybe I think that the city government, local government somehow could imagine some incentives to help, to motivate people to engage in these kinds of collective enterprises,” Louail said.

“We remind the readers [of our study] that the possible tools of city governance to mitigate inequalities are necessary but they’re not sufficient to resolve everything,” he said. “And so what we proposed is you can articulate or supplement governance with more bottom-up initiatives.”

The researchers see this as an important first step toward using large amounts of data to address social problems. Since their paper was published, they’ve been contacted by people from around the world interested in developing mobile apps or other technology based on their “Robin Hood” algorithm.

Louail and Lenormand are still considering what next steps they might take. Elwood thinks this is an opportunity to bring other dimensions into the research: “I think big data is going to continue getting bigger, but I believe there are significant aspects of human knowledge, human experience, expressions in social life in cities that we are never going to be able to capture in data.”

“I would want to put their data science expertise together with people who know and study the politics of urban redevelopment, people who think about housing policy, people who think about existing approaches to development in metro areas,” she says. “For me this is the moment for complex research teams that can ask questions from a variety of different standpoints and be more than the sum of their parts.” 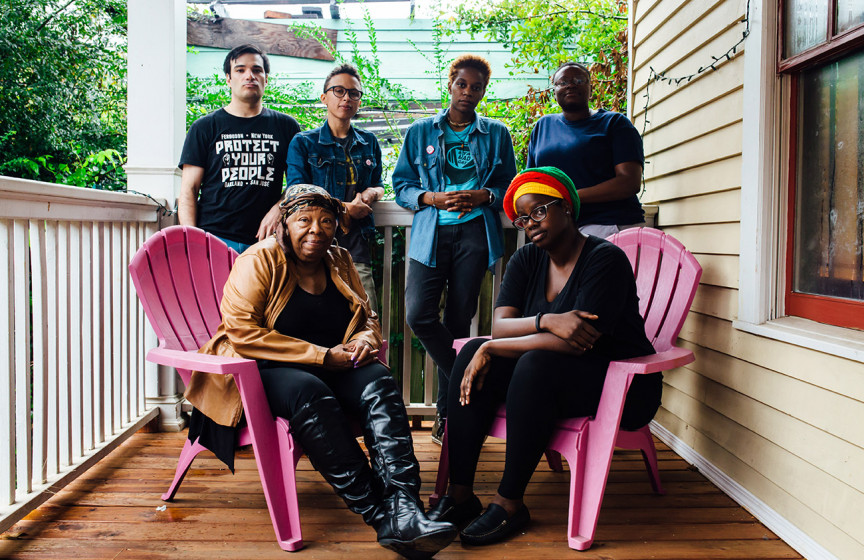