How to Reinflate the Dream of College-for-All

The real price of college is much higher than prospective students are led to believe.

How to Reinflate the Dream of College-for-All

Why you can trust us
By Valerie Schloredt
5 MIN READ

A college education for anyone willing to work for it: That’s a part of the American Dream many of us grew up accepting as fact. The idea was that financial aid programs, combined with part-time work, would allow low-income students to get a college education. That, in turn, would make a rewarding career and social mobility possible.

But the dream of college-for-all has been punctured in the past few decades. We’ve all heard about the rising price of college and ballooning student debt. What too few people understand, says education policy expert Sara Goldrick-Rab, is that the real price of college is much higher than prospective students are led to believe. Our current inaccurate and inadequate financial aid system, she says, “too often leaves low-income students facing unexpected, and sometimes untenable, expenses.”

What that looks like in data, and in the lived experience of 18- and 19-year-olds, is described in Goldrick-Rab’s intensively researched new book, Paying the Price: College Costs, Financial Aid, and the Betrayal of the American Dream. Based on a large-scale research project carried out over six years, the book reveals the many shortcomings of our current financial aid policies. But it also points to solutions—some modest, some radical—all harkening back to the original aims of financial aid: to enable opportunity and promote equality.

Goldrick-Rab and her team at the University of

Paying the Price: College Costs Financial Aid and the Betrayal of the American Dream
Sara Goldrick-Rab The University of Chicago Press.

Wisconsin began by collecting data from 3,000 new students who had applied for financial aid via the Free Application for Federal Student Aid form and had received Pell Grants (directed at students from low-income households). Focusing in-depth on 50 of these students at Wisconsin’s public colleges and universities, Goldrick-Rab and her team “sought to measure in great detail how financial aid enhanced their progress, and where it fell short.” Their research sketched a picture of an undercut financial aid system that has drifted from its original aims and inadvertently harms the people it was designed to help.

The incoming class she began studying in September 2008 did not know it, writes Goldrick-Rab, but “Wisconsin, like many other states, was in the midst of a long period of reducing support for public higher education.” In 1972, when the federal Pell Grant program was created, Wisconsin invested almost $15 in public higher education per $1,000 of state personal income. But over the next 35 years, the state’s investment was reduced to less than half that amount, and tuition went up. By 2008, affording college in Wisconsin required both working and borrowing, especially for the poorest students.

By 2008, affording college in Wisconsin required both working and borrowing, especially for the poorest students.

The rising price of college compared to available grants meant that students in Goldrick-Rab’s study were often hard-pressed to cover tuition. Take the student she calls “Ian,” for example. His single-parent family with five kids earned $25,000 a year, so Ian contributed to meeting his family’s needs with his own wages and practical support as much as he could. The cost of attendance (tuition and living costs) at the public university closest to his home was $17,000 a year. State and federal grants covered $7,000, leaving $10,000 for Ian to pay through part-time work and loans.

Through repeated interviews and home visits, the researchers focused on the impact of similar aid gaps on 50 Wisconsin students who received Pell Grants. “We watched as students came to grips with these financial realities,” writes Goldrick-Rab. “They started with great expectations. Many were disappointed. Half of them left college without achieving their goals. [Fewer] than 1 in 5 who entered a public university finished a bachelor’s degree in four years.”

Being short of money for food and housing and working in low-paying jobs to try to make up the difference meant that some students in the study ended up worse off than if they had never tried for the brass ring of a college degree. Many juggling low-wage jobs with the full-time course load required by financial aid were still unable to meet all their expenses. More than a few came to class exhausted from lack of sleep, or hungry because they could not afford to eat. Two in 5 left their colleges and universities saddled with debt for their first year of school, without an associate’s degree or a certificate of any kind.

Our system has not always been this hard on students in need. Had the 18- and 19- year-olds in the study begun college in 1990, the year they were born, they would have been able to meet their living expenses simply by working part-time, without needing to borrow. In earlier decades we’ve done even better at making college more accessible—think of the free tuition offered to millions of GIs after World War II. Goldrick-Rab provides a long list that reveals how far we are from those enlightened policies, and what we can begin tackling to do better in the future.

And the free-lunch program in schools should be extended to public colleges and universities.

Whatever the current political impediments to policy reform, it is fundamental to a more equal society, and worth fighting for. Her recommendations, if implemented, would make college more affordable for all, first by targeting the hardship imposed on those in greatest need. For example, people living on the edge of poverty need a break, so financial aid calculations should not expect households earning $30,000 or less to contribute to the cost of college. It would make a difference if financial aid officers informed students of food programs like SNAP and WIC, and if college enrollment counted toward the work requirement for food stamps. And the free-lunch program in schools should be extended to public colleges and universities.

Student employment could be supported by a higher income-protection allowance for taxes on students’ earnings. Funding for the federal Work-Study program, currently concentrated at the oldest and wealthiest universities frequented by better-off students, should be redirected to institutions where it would reach more students who really need to work.

More than a hundred emergency aid programs are already operating nationwide, some supported by individual colleges and universities and some by independent nonprofits. One of the most effective ways to get emergency funds to students who need them is simply to make college faculty a point of access. Students may go to a trusted professor before they go to a university administrator’s office. It might seem surprising that a policy expert like Goldrick-Rab advocates small-scale emergency aid programs, but she is foremost a champion of students for whom a windfall of $1,500 can make all the difference.

Some fixes can be easily made by states, colleges themselves, or by private institutions. Tuition and other costs rise every few years, so states should work with public colleges and universities to provide students with a road map of the real price of attendance over four years.

Ultimately, though, Goldrick-Rab argues that we need a new system, “a Financial Aid 2.0 that is based on accessible and affordable high-quality public higher education.” Rather than offering more financial aid to keep up with rising prices, this future system would make the first few years of college, or the initial degree, free.

Tennessee already offers tuition-free community college to all, and other states are considering similar programs, so this final recommendation provides a glimmer of hope that investing in our own young people is something a divided nation might eventually agree on. Paying the Price is an invaluable resource, chock-full of data and empathy, to bring to that effort.

Why Science Can’t Be Silent 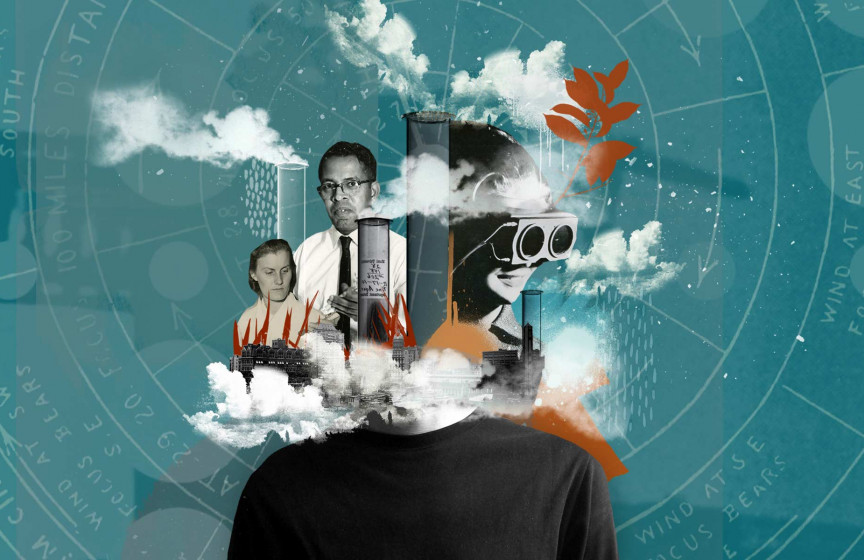