What Japanese Internment Taught Us About Standing Up for Our Neighbors

How exactly do we “let it not happen again” when federal agents come for our neighbors? What can a community really do to guard civil liberties and lives?

What Japanese Internment Taught Us About Standing Up for Our Neighbors

First, we must demand justice for ourselves. Second, those who have privilege and power must intervene for those without.

That’s not entirely unusual. Being mixed race means I experience my races in sometimes unexpected flareups. And now, as more of white America seems to be trying to rid itself of more of brown America, the murmuring about racism from my Japanese community has intensified. They have something to say about this, and it occurs to me that I do, too.

To be sure, some of it is seasonal emotion. Where I live on Bainbridge Island, near Seattle, every March brings spring’s first sunshine, early strawberry blossoms, and an anniversary that has marked this community for decades. Seventy-five years ago, on March 30, American citizens and their Japanese-born parents—227 in all—were taken from their homes by soldiers and put on trains and buses to concentration camps. The president’s Executive Order 9066 gave these families six days’ notice. They were the first in the nation to be rounded up; eventually 120,000 people were sent to the camps.

In the decades that I’ve been a part of the Japanese American community here, I’ve been steeped in survivors’ stories of loss and grief—but also their gratitude to non-Japanese neighbors. The community was so supportive that Bainbridge had more Japanese return home after years of incarceration than any other community.

Survivors and descendants gather each March at a memorial on the site where they were ferried away. They do that for the same reason they repeat their stories to school children, to visitors, to each other. Because nidoto nai yoni: “Let it not happen again.”

So, OK, nidoto nai yoni! But how exactly do we “let it not happen again” when federal agents come for our neighbors? What can a community really do to guard civil liberties and lives?

In 1942, even this exceptional multiethnic community—home to the only West Coast newspaper that spoke out against the incarceration order—did not gather in the streets and shout, “No! You will not take them away.” The nisei (second-generation Japanese Americans), who at least had citizenship, did not rise up and shout, “No!” That was just how things were back then.

But how exactly do we “let it not happen again” when federal agents come for our neighbors?

“Seventy-five years ago, everything was so quiet,” remembers Kay Sakai Nakao, 97. She’s the oldest living survivor, a 22-year-old at the time of her incarceration. “There were no marches, not like today. No one was saying, Don’t take our neighbors. I don’t think they even thought of that.” She says her daughter has asked her why she and other nisei didn’t speak up. “We were trying to fit in and do the right thing,” she says. “Now, we’ve learned so much, probably we’d be marching now.”

That is true, says Brian Niiya, the content director for the Densho project. “Lending aid and comfort were the limits of the community support they got.” For more than 20 years, his organization has made its mission the digital preservation of firsthand stories like Nakao’s. Because nidoto nai yoni.

One reason for the lack of protests was that popular opinion on the West Coast was against the Japanese. Following the bombing of Pearl Harbor, anger and fear were the prevailing emotions. Even the Japanese American Citizens League—at the time a new national civil rights advocacy organization—supported going along with the incarceration order.

“That is the big difference between then and now,” Niiya says. “Today, there’s no way you could pull off a policy like that against Arab Muslims, or whatever targeted group, without mass protests and civil disobedience.”

Public opinion affects political will, and political will makes a difference. When protesters jam airports demanding the release of Muslim travelers or march in the streets with signs, they are forcing politicians to take notice and the world to witness.

Would loud, visible civil disobedience have made a difference back then? Of course, Niiya says, although he finds it inconceivable that there would have been such protests in 1942, given the political climate after Pearl Harbor. But today, Niiya believes, mass protests and civil disobedience—even the threat—would undoubtedly make a difference.

As an example, Niiya points to the case of Hawai‘i, a place I know well. That’s where my people are from—and still live—where Japanese grandmothers on both sides of my family worked in sugar cane and pineapple fields and raised U.S. citizens.

By rights, Hawai‘i should have been the epicenter for irrational response after Pearl Harbor. And while there was martial law and racial ugliness, there was no mass forced removal of the Japanese. Niiya explains that there just wasn’t an appetite for it.

The Japanese in Hawai‘i made up 37 percent of the population at the time and were fairly well-assimilated, holding business and community leadership positions. Not only was mass removal impractical, but business and political leaders opposed it. “It’s harder to demonize a group when you know them personally,” Niiya points out.

Robert Shivers was the head of the FBI in Hawai‘i at the time. Like so many other influential white people, he and his wife had a live-in Japanese maid. Her name was Shizue Kobatake, and the Shivers family treated her like a daughter. It was Shivers who helped convince President Roosevelt that mass removal of Hawai‘i’s Japanese was unnecessary.

“It’s harder to demonize a group when you know them personally,” Niiya points out.

Another factor: Hawai‘i’s experience shows what’s possible when people feel secure in their rights and community support. The Hawai‘i nisei tended not to be submissive, Niiya said; they were used to being in ethnic-majority situations, used to raising their voices and being heard.

In one of Densho’s digitally preserved interviews, I watched Bainbridge Island nisei Sadayoshi Omoto—who was 19 at the time of the evacuation and died four years ago—say wistfully that his West Coast nisei cohort perhaps should not have gone to the camps quietly. “Sometimes I wished … that the niseis stood up and said, No, we won’t go.’”

His interviewer asks about the non-Japanese community. “This is the kind of question we get frequently: How did our neighbors react?” Omoto remembers white friends showing kindness and support—but only individually, not in any organized way. “Somewhere along there … we totally—‘we’ meaning the niseis—we didn’t do our job properly. Maybe … we should have had a whole mass of Caucasians saying, These are loyal people. But we didn’t.”

That’s what must happen now, says Nakao, 75 years after she obediently boarded a train not knowing where it was taking her. Nidoto nai yoni comes down to this: “We have to fight for them—fight for them!—because not too many people fought for us.”

That’s what I think too, Kay Nakao. This time, we can’t let them take away our neighbors. 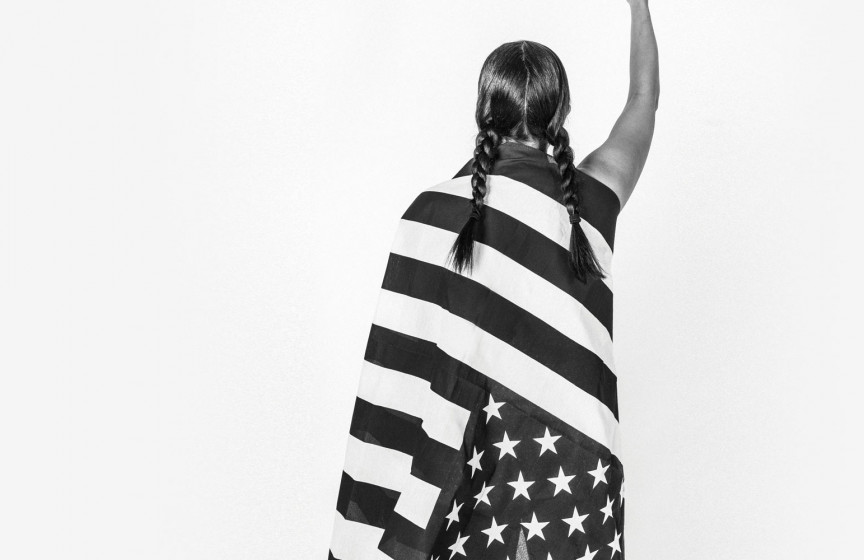