Love and the Apocalypse: Culture Shift

Love and the Apocalypse: Culture Shift

“Band of Sisters” shows why a humble group of women fell under Vatican investigation for seeing the causes—not just the symptoms—of injustice.

Why you can trust us
By Valerie Schloredt
2 MIN READ

How did American nuns move from the traditional confines of convent life to the social activism that has them under Vatican investigation for being too radical and feminist?  Blame (or credit) Vatican II in the early 1960s, which instructed Catholics to take their religion out into the world and make it relevant. According to Mary Fishman’s new documentary, Band of Sisters, American nuns eagerly took up the call to serve where there is greatest need. That work led them to seeing the causes, not just the symptoms, of injustice.

Going out into the world brought more than just a change from the black and white nun’s habit to ordinary clothing. There were intellectual, emotional, and spiritual transformations too, as the numerous sisters interviewed in the film explain. Many of the interviewees are old enough to have experienced the changes of role and attitude over the decades since Vatican II. Their testimony gives this film authenticity and gentle authority.

The work of Sisters Pat Murphy and JoAnn Persh is one example. Fishman shows them as they prepare to go out into a dark Chicago winter morning to hold a vigil outside an immigrant deportation center. They want the authorities to let them inside to bring support and comfort to the deportees. In successive scenes, we see that they eventually do get inside the center, even though it takes time, organized lobbying, and a change in state law. Their determined action achieves results.

The radicalizing effect of focusing on the physical world and the equality of all humans is most obvious in the scenes where we see nuns running an organic farm and environmental center, or presenting a cosmology that is as much indigenous as Genesis. No wonder they’re in trouble with the church’s patriarchy, even under a new pope. But you can’t put this genie back in the bottle—or the Sister of Mercy back in the cloister.

Love and the Apocalypse 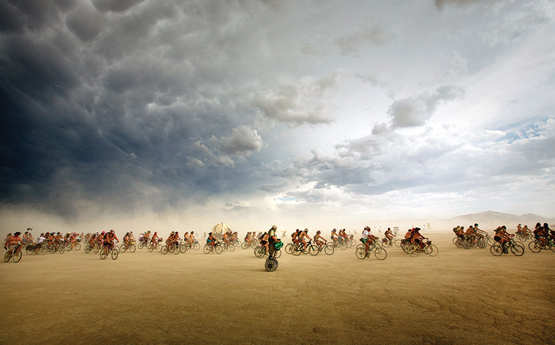