Will the TPP Set Back This Campaign to Stop a Proposed Coal Mine Near Montana Tribal Land?

Will the TPP Set Back This Campaign to Stop a Proposed Coal Mine Near Montana Tribal Land?

The air was hazy from distant wildfires on August 29 when a gift arrived on the Northern Cheyenne reservation in southeast Montana. Carvers from the Lummi Tribe in Washington state brought a totem pole as a sign of support for those fighting the Otter Creek project, a proposed strip mine and rail spur on the Northern Cheyenne Tribe’s traditional lands.

The new mine would extract around 1.3 billion tons of coal. Arch Coal and its partners would blast a new rail spur through hills, across ranches, and along the Tongue River to connect the mine to the Burlington Northern main line. Open train cars would carry coal to a proposed export terminal to be built on the Lummi Tribe’s traditional lands. From there, the coal could be shipped to Asia; burning it would emit billions of tons of carbon dioxide into the atmosphere.

Although some welcome the jobs associated with this project, thousands—from southeast Montana to the Pacific coast—have expressed opposition, citing concerns about pollution, noise, impacts on fisheries, and climate change.

But local leaders who resist mining, fracking, and pipelines face a gauntlet of challenges. The people of Denton, Texas, for example, overwhelmingly adopted a fracking ban, even though opponents outspent them nearly 10 to 1. But then the Texas legislature overturned their ban with a law that preempts local ordinances like Denton’s.

Even when local leaders get state and national support, corporations can still have the last word. Provisions in many trade agreements, including NAFTA, allow foreign corporations to sue governments for lost profits. According to Manuel Pérez-Rocha, a fellow at the Institute for Policy Studies, these investor-state dispute settlement provisions are increasingly pitting governments against foreign mining or drilling companies in front of trade panels made up of three attorneys empowered to make decisions that supersede local, state, and federal law.

Here’s one example: In 2009, the Canadian-based Pacific Rim mining company (now owned by Australian-based OceanaGold) sued El Salvador for refusing to allow the company to mine for gold. El Salvador had banned the project due to widespread water contamination. The lawsuit demands $300 million from the small, impoverished country. Even if El Salvador prevails, it will be out millions of dollars in legal costs, according to Pérez-Rocha.

Now that the text has been officially released, we know that the Trans-Pacific Partnership (TPP) would extend this sort of investor-state provision to countries that represent 40 percent of the global economy.

How would this apply to the Otter Creek dispute? Because Arch Coal is a U.S. corporation, Pérez-Rocha told me, it could not sue under investor-state provisions, unless the company sold out to a foreign company based in one of the countries covered by one of these trade agreements. As shown by the El Salvador case, that kind of buyout is not unusual, Pérez-Rocha says.

The TPP and other global trade pacts take away the power of governments to protect the environment. As I’ve traveled across the United States, visiting reservations, hollowed-out rust belt cities, and farming towns, I’ve met people working to combat climate change and racial exclusion, and to rebuild local food systems and economies. I believe that work represents our best shot at navigating the crises now unfolding around us. Instead of making global laws that increase the power of giant corporations, our policies should support people in communities everywhere who are building a better world. 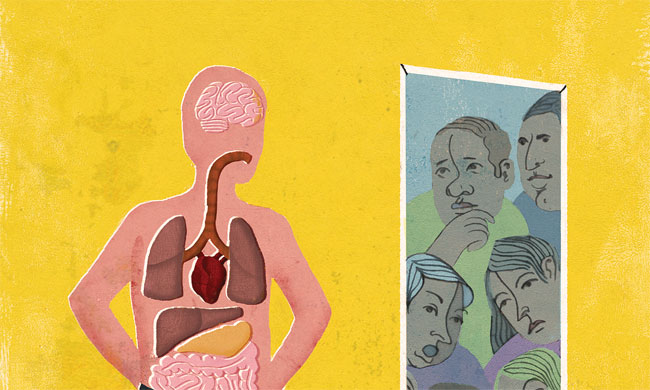