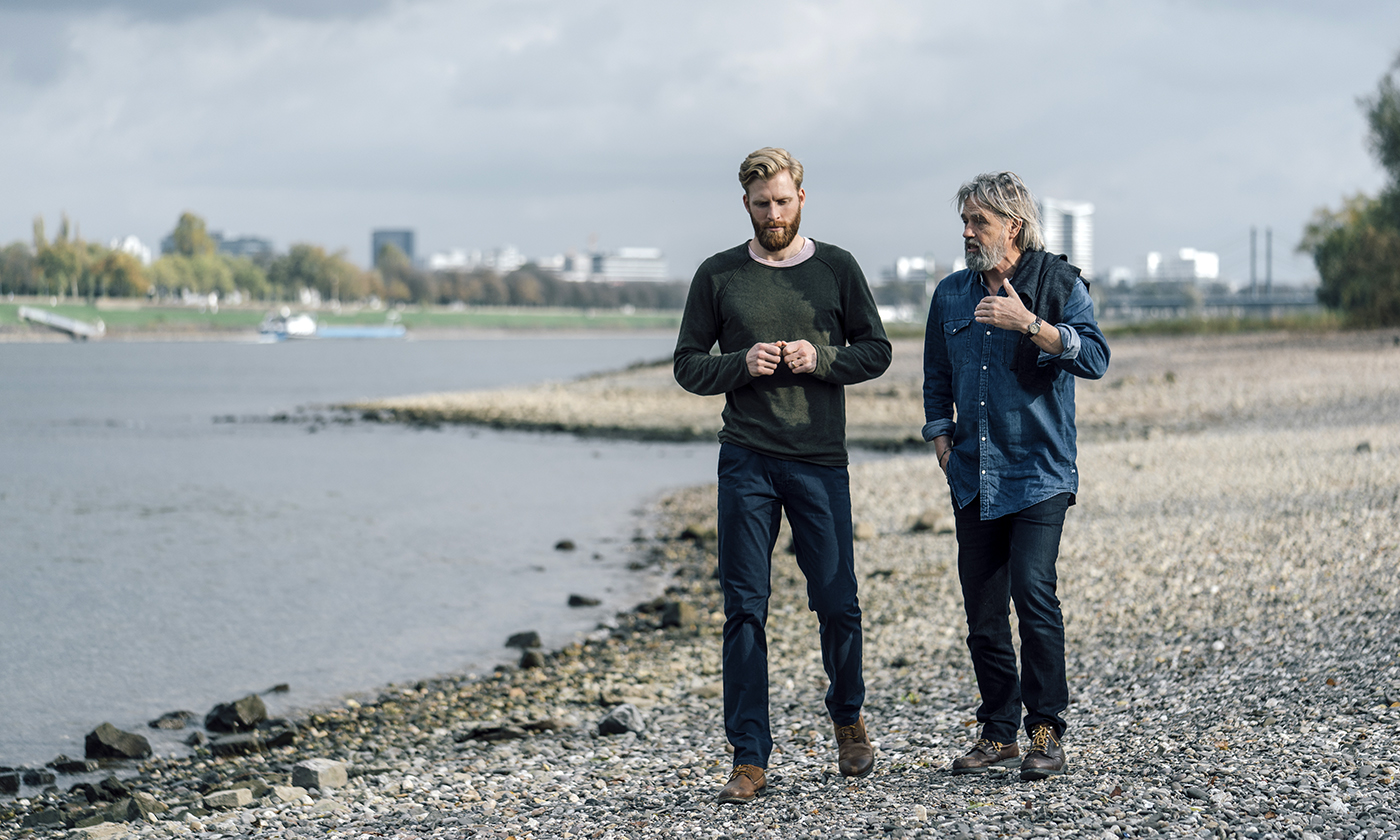 “Silence has served to concretize my sense of entitlement as a man.”

Speaking out when we see misogyny in action isn’t an affront to other men. It’s an invitation to do better.

“Lying is done with words, and also with silence.” –Adrienne Rich Silence has a complex and paradoxical anatomy. In my own life, silence has been both an exquisite avenue of equanimity and peace of mind as well as a vicious guardian of my unearned privilege. In addition to its more ethereal qualities, silence has served to concretize my sense of entitlement as a man. Enter Adrienne Rich and the fallout from the Montreal Massacre bringing an epiphany that forever changed me. In the late 1980s, a friend gave me a copy of Adrienne Rich’s book, On Lies, Secrets and Silence—both a gift and a challenge. It certainly proved to be both. Although Rich speaks directly to women in her book, she is often talking about men and the requirement that women lie on our behalf. This mandate for distortion is to be carried out with words but often, and more insidiously, through silence. What I gleaned from her work is that silence, like all lies, creates faux relationships based on manipulation and characterized by control of others—the hallmark of male socialization. Prior to discovering Rich, I had assumed in a rather unexamined way that my silence in the face of woman-hating behaviors served as a connection to men. Certainly it avoided conflict between us. After reading Rich’s work, I was forced to come to grips with the fact that my conscious deception not only spawned power-over relationships with women, it also, quite unintentionally, impaired all my relationships with men to whom I was also lying. My silence connected me to male superiority and male privilege, not to other men.

While I grappled with the reality that my lying through silence was simply a vehicle for control of others, I simultaneously tried to hold in mind the long-reinforced male tenet that honesty and truth are the essence of manhood. I had assimilated dozens of variations on the supposed truism, “A real man is only as good as his word.” What I was learning from Rich was that male honesty is a kind of empirical honesty: the Dow dropped 130 points today; the Broncos won 24-10. It is honesty about facts and figures, not feelings and affect. I was forced to acknowledge that we are baffled by even the prospect of relationships based on authentic affection. Instead, our honesty is confined to business, sports, and the degradation of women. Being aware of our emotional truth is not required of us. Quite the opposite, a stoic demeanor is the standard—my standard. These were the ideas I was noodling around in my head in December 1989 when Marc Lépine entered an engineering classroom at the École Polytechnique in Montreal with a semi-automatic rifle and a hunting knife. He instructed the men to leave the room and then opened fire on the women, killing six, injuring three. He then moved through a corridor and into the cafeteria continuing his shooting spree. Before taking his own life, he killed another eight women and seriously injured 10 others as well as four men. This event has come to be known as the Montreal Massacre. Lépine carried out the massacre because, in his words, women were taking jobs that rightfully belonged to men. He claimed that feminism equated to the ruination of the fabric of society and of his life, in particular. He had applied to the École Polytechnique in 1986, and again in 1989, but lacked several courses required for admission. The country and the world were outraged by the murders. Several days later in an attempt to shake my sadness and rage, I attended a memorial service at the local Existentialist Church. The format was perfect. Incorporated into the service was the opportunity for everyone to express the depth of their feelings and take comfort in community. As I stood in the queue of six or eight people waiting to speak of my anger and sorrow, the woman at the podium asked the rhetorical question: What would have happened if the men (some 50 of them) had refused to leave the room? When challenged by this question, I felt as if a sheet of ice water was thrown across my naked body. How cheap and hollow my horror and rage seemed in that moment. How often had I “left the room” either literally or figuratively rather than stand shoulder-to-shoulder with women? Was my behavior substantively different from that of Marc Lépine or simply on a different part of the continuum of male controls over women? At that point, the podium was a platform for those who were truly willing to speak truth to power. I left the queue and slunk back to my seat where I pondered my many past silent transgressions for the remainder of the service. I reflected on my silence as a young Army recruit in the midst of several dozen others, all of us bewildered by the new environment in which we found ourselves. There was a palpable awkwardness among us as we groped for ways to connect with each other in this strange, novel situation. In moments, we found our common bond: verbally dissecting women’s bodies devoid of their personhood. While I congratulated myself on not joining in, I nonetheless opted for silence rather than confrontation for fear of being exiled from the inner circle of male entitlement. I reflected on my tenure as a furniture maker, working under the tutelage of a German master craftsman whose bench was littered with photos of naked women in provocative poses. I said nothing for fear of jeopardizing a primo apprenticeship and a source of income.

I reflected on my silence at the health club when the guys joked of their desire to sexually assault one of the female instructors. To intervene would have cast me among those to be ridiculed. I was acutely aware of the inevitable alienation I would suffer and chose male camaraderie instead. I reflected on my silence when my brother yelled, screamed, and cursed at his wife for not obeying his directives. She cowered and silently submitted, as did I, for fear of risking family ties and a connection to my brother’s presumed wealth and power. And on and on and on my silences go. My connection to male power and privilege, forged through my silences, consistently proved more compelling than the well-being of women. Taking the podium to speak of my own rage and sadness under these circumstances felt disingenuous. Sandwiched between the insights of Adrienne Rich and the challenge of the woman at the Existentialist Church, I knew I had some serious work to do. These seemingly small momentary silences are the stuff that give male hegemony its enormous power. I did not want to continue a life of lies, but what would substantive change entail for me? Learning the ugly truth about myself brought pain but also a certain relief at knowing myself better and being aware of the extent of my privilege more deeply. I would call on Adrienne Rich and the woman at the Existentialist Church for direction as I moved forward. In the moment, change seemed daunting. Nonetheless, I pledged to myself that I would never knowingly “leave the room.” In practice, this task has not been as difficult as I imagined it to be, and, in fact, I have found it to be quite liberating. Breaking silences that oppress others opened me to another source of peace and tranquility and put me in touch with my essential nature, rather than my socialized masculinity. As I observed my burgeoning change process, I also observed that breaking misogynistic silences brings a peace akin to that of meditative silences. Breaking one’s silence is not so much an affront to other men as a call to excellence, a call for justice, and a move toward the full expression of our humanity. And so, I would like to use this podium to encourage other men to take that same pledge and experience that same peace of mind. In my heart of hearts, I feel quite sure our collective shift away from these toxic silences can play a major role in ending male dominance. “Dissecting My Silence” by Terrence “Red” Crowley is excerpted from The Anatomy of Silence: Twenty-six Stories About All the Shit That Gets in the Way of Talking About Sexual Violence, edited by Cyra Perry Dougherty. It appears here with permission of Red Press (2019).

What U.S. Farming Can Do to Stop Climate Change

What the Gun Control Movement Can Learn From Marriage Equality

This Humble Mollusk Can Save Shorelines From Rising Seas

Pollution Doesn’t Stand a Chance Against This Living Technology