The Travel Issue: In Depth

Beyond Airbnb: Your Vacation Rental Options Just Got More Equitable

The Travel Issue: In Depth

Short-term rentals through sites like Airbnb have been called the “new gentrification battlefront” and are linked to both displacement and rising housing costs.

Beyond Airbnb: Your Vacation Rental Options Just Got More Equitable

Why you can trust us
By Deonna Anderson
6 MIN READ

Pamela Balin Dochen owns a bed-and-breakfast in the Italian countryside. In February, she scrolled through Facebook and, in a group for vacation rental hosts, landed on a post about Fairbnb Co-op, a new Italy-based platform that is poised to be a more environmentally sustainable and socially responsible alternative to the vacation rental site Airbnb.

“I thought it was great because [it plans on] reinvesting [its] money to improve the social activities or the social economy in the place where the tourists, little by little, will absorb the soul of the place,” Dochen said. She currently rents out her property through her own website, Airbnb, and Booking. “I thought it was really a very, very interesting idea with values that I share.”

Dochen, who described those values as “low-consumption” and “community-oriented,” signed on to host her B&B on the Fairbnb site when it launches in June 2019. She said she hopes Fairbnb enables hosts and their neighbors to maintain the culture of their respective cities, allowing tourists to connect with a new place in an authentic way.

While Dochen first learned about the site in February, Fairbnb Co-op’s founders had been thinking about it for years.

Sito Veracruz met with fellow residents of Amsterdam in 2016 to discuss the impacts of vacation rentals and what his city could do to better regulate them to lessen the detrimental impact they have on the city. Veracruz and others were part of a civic group called Amsterdam Smart City, which was created with the goal to make sure Amsterdam is affordable and accessible for locals as the city grows.

Veracruz said that in simplistic terms, Fairbnb is attempting to decrease the problem of overtourism while increasing tourism’s positive effects.

Il Casale Dorato a country house in the Le Marche region of Italy will be one of Fairbnb’s listings when it launches in June 2019. There are three bedrooms a living room kitchen and two bathrooms. Photo from Pamela Balin Dochen.

Airbnb, the most popular short-term rental site, allows people to rent out rooms or their entire homes to travelers. It says it has over 6 million listings in over 81,000 cities worldwide, and as of March, had acquired at least 20 other tourism-related companies. Airbnb is big, and its impacts are wide-ranging.

As of April, there were over 20,000 Airbnb listings in Amsterdam, nearly 80 percent of which were entire homes or apartments, according to Inside Airbnb, an independent project that regularly scrapes the Airbnb website for data.

“Eventually we opened the debate to why don’t we do our own platform? What would that look like?” said Veracruz, an urban planner who previously cofounded City Makers, a civic and social organization focused on improving cities through socially responsive projects.

Those questions were the catalyst for Fairbnb Co-op, which is worker-owned and plans to launch in five European cities. Fairbnb’s cofounders decided to establish the platform as a co-op so no corporation could ever acquire it. It plans to evolve eventually into a multistakeholder co-op so that its workers, hosts, and locals in any city where it operates can become members.

Short-term rentals through sites like Airbnb have been called the “new gentrification battlefront” and are linked to both displacement and rising housing costs. The popular platform came onto the scene in 2008, and many municipalities are still figuring out how best to work with the explosion of largely unregulated holiday rental units. As a result, regulations on those platforms vary widely. Veracruz said Fairbnb has also found that there are cities around the world where governments have not established any regulations for vacation rental sites.

Some municipalities have adjusted regulations in response to the impacts of short-term rentals. For example, in 2018, the city of Amsterdam reduced the number of days per year, from 60 to 30, that short-term rental hosts could offer their homes to tourists. More recently, in March, Dutch officials proposed a plan to prohibit newly built housing from being rented in the short term, in an effort to free up the housing stock for locals.

In 2018, Condé Nast Traveler reported that at least 12 other places around the world—including Los Angeles; Japan; and Reykjavík, Iceland—were curbing the number of short-term homes and apartments that are taken off the long-term rental market, to eliminate illegal rentals, and to restrict the types of housing that can be rented to tourists. But Fairbnb wants to do better than just abide by the local regulations in every city where it operates, Veracruz said.

Before they all met, Fairbnb’s other cofounders were also having discussions about vacation rentals and already working on similar efforts in their cities—Barcelona and Valencia in Spain, and Bologna and Venice in Italy. After Veracruz was interviewed for a story in The Guardian in 2016 about the idea for Fairbnb, they reached out to him.

Veracruz recalled them saying, “Of course, we have to collaborate. We are talking about very similar things.”

They set up Fairbnb primarily through Skype calls across Europe, then in in-person meetings in Italy. Among the group’s agreed-upon guidelines: Fairbnb hosts are allowed to have only one listing on the platform and the co-op will not work with any professional operators with multiple units available even if they’re legal under local laws.

Airbnb doesn’t have such stringent limits on the number of listings one person can have, and has been accused of facilitating illegal hotel schemes in various cities around the world.

“We try not to collaborate with them because we understand that apartments, vacation rental apartments, are being extracted from the residential market,” Veracruz said.

Gentrification is not the only complaint about Airbnb.

“We cannot solve, by ourselves, the problems with gentrification, but it is important that platforms are aware of the power to be part of the solution.”

There are several other organizations addressing issues that have come up since its launch. Noirbnb, a platform geared toward Black travelers, got started after its cofounder experienced racism while renting a property on Airbnb. Similarly, there’s misterb&b, a platform largely for the gay male community that was launched after its cofounder and his partner had a homophobic host at a property in Barcelona.

Jost said misterb&b has reached out to municipalities around the world to comply with their respective regulations. The company says it has raised $15 million in funding, and its network has 310,000 hosts.

At this point, Fairbnb does not have any outside investors.

The platform’s founders are using their own money to launch the co-op and started a crowdfunding campaign in April. Veracruz said the goal is to raise 30,000 euros, or about $33,400.

The local nodes—the founders’ term for the property owners and neighbors involved with the co-op in each city—will also be able to adjust and establish rules specific to their needs. (Half of Fairbnb’s revenue will be donated back into the communities where the node members live.)

Veracruz said Fairbnb’s founders agreed that the platform has to be “glocal,” a mashup of global and local that essentially means the website will have hosts in many countries while simultaneously being responsive to each community’s needs.

The view of the countryside at Il Casale Dorato. Photo from Pamela Balin Dochen.

In Venice, residents have requested that hosts must be local residents. The city has had issues with foreigners investing in vacation rental properties, with the revenue from those rentals funneled elsewhere and not benefitting the local economy.

That local request morphed into a co-op-wide rule that applied the Venice rule to all the cities in the network. People can already preregister as hosts, and Veracruz said they hope to have at least 20 hosts in each pilot country before launching. They hope to launch in the U.S. by the end of the year.

Updated 6/20/19: This story has been corrected to include updated numbers of misterb&b’s hosts and funding level. An earlier version included figures from a secondary source that the company disputes. 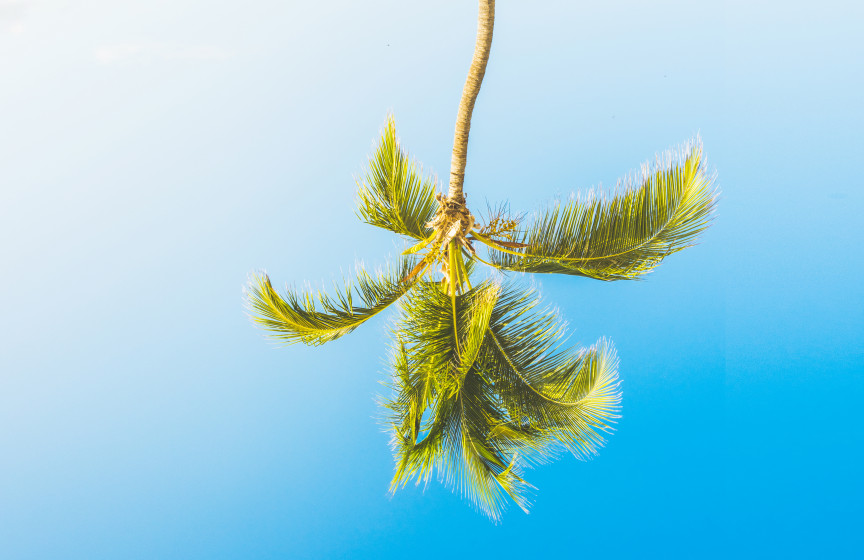