How Technology Is Making the World More Accessible

Liz Powers speaks with ArtLifting artist Jim Waters. Powers co-founded the online marketplace that sells artwork by homeless and disabled people. “I had a goal of ‘redefining’ what a job can be in order to include more people in the economy,” Powers said.

How Technology Is Making the World More Accessible

Be My Eyes, ArtLifting, and Crisis Text Line remove barriers for the visually impaired, the unhoused, and people in need of counseling.

Why you can trust us
By Sydney Worth
3 MIN READ

Five years later, Powers and her brother invested $4,000 of their combined savings to create ArtLifting, an online marketplace that sells artwork by homeless and disabled people in 20 states.

Powers wanted the marketplace to provide a platform where homeless people can also build confidence. She knew that those who are homeless or disabled face barriers when searching for employment.

“I had a goal of ‘redefining’ what a job can be in order to include more people in the economy,” Powers said.

The artists earn 55 percent of the income, 44 percent is used for overhead, and 1 percent goes toward strengthening the art programs at social service agencies, shelters, and disability centers.

“Our artists have the most resilience that I’ve ever experienced from anyone I’ve met,” Powers said.

When Nancy Lublin was CEO of DoSomething, a nonprofit that mobilizes young people to create positive change in their communities, she received dozens of messages from their members asking for help with issues such as domestic violence or sexual assault.

In August 2013, Lublin created Crisis Text Line, a free 24/7 text messaging hotline. By texting “home” to 741741, people of all ages can receive help for a range of concerns, from relationship problems to suicidal thoughts.

They want to “be everywhere people are in pain and make it easy for people to use us,” Lublin said.

The algorithm also tracks trends that reveal the problems texters need the most help with or the keywords associated with specific issues.

For Lublin, it’s about learning from data to create better services. The data are freely available for other organizations to use to improve their services.

“[We want] to eventually put ourselves out of business,” Lublin said.

Hans Jørgen Wiberg, Be My Eyes

Imagine cooking dinner without being able to see the spices. Or getting dressed without knowing whether your shirt matches your pants. People who are blind or who have impaired vision face a unique set of challenges navigating everyday tasks. A free web service called Be My Eyes helps address these challenges by connecting its users to sighted volunteers.

Hans Jørgen Wiberg, who is himself visually impaired, created the app in 2015. He realized how often he and others like him relied on video calls with family or friends to guide them through these tasks.

Be My Eyes now has more than 1.8 million volunteers across the globe providing services to 100,000 blind and visually impaired individuals. The service is available in more than 180 languages.

Alexander Hauerslev Jensen, the company’s chief commercial officer, said the app fills a need and creates a sense of community.

Correction: March 25, 2019.
The print version of this story misidentified the Be My Eyes service as a nonprofit. The app is developed by a for-profit corporation but available for free. 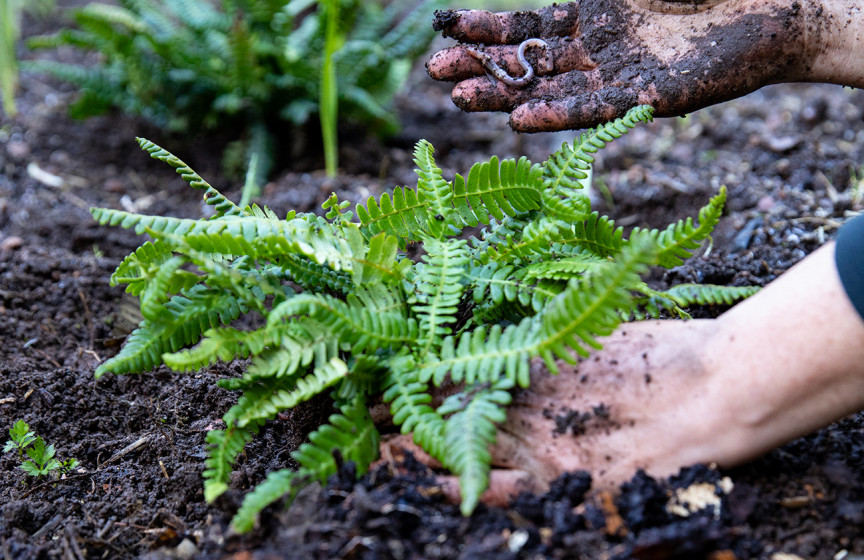