Berit Anderson is the CEO and co-founder of Scout, which combines near-term science fiction with investigative reporting to cover the intersection of technology, economics, and morality. Berit was formerly the managing editor at Crosscut.com, a Seattle-based local news site. She is the creator of Seattle’s Community Idea Lab, a new way of doing journalism that inspires and incubates solutions to local problems. In 2015, the Community Idea Lab won the Society of Professional Journalists’ Innovation in Journalism award. Berit consults on communications with Strategic News Service and the SNS Future in Review (FiRe) conference. Previously community manager of the Tribune Company’s Seattle blogging network, her work has appeared in YES! Magazine and on HuffingtonPost.com, Geekwire, and television and radio properties. Berit began her journalism career as a YES! intern.

Jill Bamburg is an experienced adult educator, recently retired as President of Pinchot University, an organization she co-founded in 2002. Pinchot University, recently acquired by Presidio Graduate School, was the first business school in the country to offer an MBA in Sustainable Business. Prior to serving as president, Bamburg served as Pinchot’s founding academic dean and faculty for marketing, strategy and sustainable business. She is the author of Getting to Scale: Growing Your Business without Selling Out (Berrett-Koehler, 2008) and a long-time board member of YES! Magazine. Prior to founding Pinchot University (originally known as the Bainbridge Graduate Institute, or BGI), she taught at Antioch University/Seattle, worked in high tech marketing with Aldus Corporation, and enjoyed a first career as a community journalist in Wyoming. She holds an MBA from Stanford University and a BA, magna cum laude, from Washington University.

In her roles as multimedia journalist, curator, strategist, and educator, Manolia Charlotin tells stories that feed spirit and amplifies voices that seek liberation. She is the Co-Founder of Press On, a Southern collective that advances movement journalism by providing support for reporting and trainings that reshape newsrooms to better serve communities.

Over the last 15 years she has helped lead several media organizations and campaigns, including the Boston Haitian Reporter, The Haitian Times, and Feet in 2 Worlds. Most recently, she was the Associate Director at The Media Consortium, a network of leading independent news media, where she advanced the sector’s racial equity strategy, development of emerging local media networks, coverage of social justice movements, and editorial management for a landmark scientific study on the impact of collaborative storytelling. Currently, as a strategic consultant to movement-building organizations and independent media platforms, Manolia helps change agents channel their resources to center the capacity of communities of color to build institutions in their image. She also serves on the board of directors for Bitch Media.

Tanya Dawkins founded the Global‐Local Links Project to engage one of the most pressing issues of our time ‐ what it means to build citizen and community power in an age of intensifying globalization(s). She is dedicated to developing a new generation of “globally minded, community‐centric” tools, policies, relationships and metrics that advance new models of “global-local” leadership, policy, law, citizen action, economic development and the social contract. Tanya has an MBA from Barry University, a post-graduate certificate in international human rights law from Oxford University and is an experienced analyst, executive and consultant in the areas of leadership, policy, organizational development and innovation for the common good. Her work has helped a wide range of local, national and international partners map their strategic priorities, understand and interpret increasingly interconnected global and local phenomena and manage emergent issues and opportunities. She has previously managed a $20+ million community investment portfolio and is active in a diverse network of campaigns and initiatives in the areas of human rights, governance, policy, economic development, philanthropy and social justice. Tanya is the policy entrepreneur behind the development of the Global Community Rights Framework Initiative, a new law and policy innovations project focused on advancing new rights, remedies and avenues of opportunity for people and communities affected by mega trade, infrastructure and investment projects around the world.

Eli Feghali is Communications Director at the New Economy Coalition (NEC) and Co-Editor of Beautiful Solutions. Born in Beirut, Lebanon, Eli immigrated to the U.S. with his parents when he was one year old to escape the civil war. Through NEC and Beautiful Solutions, Eli works to tell the story of what another world could look like—and how we can get there. Eli  is lead organizer of NEC’s narrative-strategy project. For Beautiful Solutions, Eli helps to collect, write, and edit stories from around the world of communities coming together to meet their needs through solidarity and mutual aid. Eli has a BA in Conflict Resolution in the Middle East from Vanderbilt University. During his time at Vanderbilt, Eli founded a student organization dedicated to addressing economic inequality, beginning a lifelong commitment to community organizing. After school, Eli began working in communications for the migrant justice movement as a staff person at the Tennessee Immigrant and Refugee Rights Coalition. Eli lives with his partner Rachel in Cambridge, Mass., where he serves on the board of his local grocery cooperative, Harvest Food Co-op. 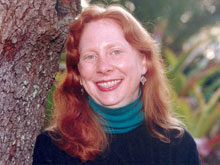 For over 25 years, Alisa Gravitz has led Green America (formerly Co-op America), the national green economy organization. Green America develops marketplace solutions to social and environmental problems with key focus on community investment, fair trade, corporate responsibility, climate change and solar energy. Green America’s major events and publications include Green Festivals, the Green Business Conference, National Green Pages, and the Green American. Green America operates the nation’s largest green living and green business networks. Alisa Gravitz is also a nationally recognized leader in the social investment industry. She authored Green America’s acclaimed Guide to Social Investing, with over a million copies in print. As vice president of the Social Investment Forum, she played a key role in the dramatic growth of the socially responsible investing industry to $3 trillion dollars from less than $40 million in 1985. Alisa Gravitz’s board service includes the Positive Futures Network, Ceres  and Network for Good. She earned her MBA from Harvard University and her BA in economics and environmental sciences from Brandeis University.

Gideon Rosenblatt writes about the impact of technology on people, organizations and society at The Vital Edge. He is a technologist with a background in business and social change. For nine years, Gideon ran Groundwire, a mission-driven technology consulting group, dedicated to building a more sustainable world. Prior to that, he spent ten years at Microsoft in various marketing, product development and management positions, where he developed CarPoint, one of the world’s first large-scale e-commerce websites. Gideon was raised in Utah, lived and worked in Japan and China for several years, and now lives in Seattle with his wife and two boys.

Elizabeth Sanders is the General Manager of WMMT, the community radio station of Appalshop, a fifty year old arts and media organization in Whitesburg, Kentucky. She is an alum of the STAY (Stay Together Appalachian Youth) Project, a member of the 2014 cohort of the Young Climate Leaders Network, and took part in the It Takes Roots delegation, a delegation of over one hundred indigenous and frontline community members attending the COP21 climate talks in Paris in 2015. Elizabeth previously served as Secretary of the Appalshop Board of Directors and Chair of Kentuckians for the Commonwealth, a 10,000+ member statewide grassroots organization. Elizabeth was a presenter at the 2018 International Conference on Penal Abolition in London, England and part of the coordinating team for the 2019 Central Appalachian Prison Justice Movement Assembly at the Highlander Education Center in Tennessee. In her free time, Elizabeth enjoys embroidery, Dungeons & Dragons, and playing with her rescue dog Clyde.